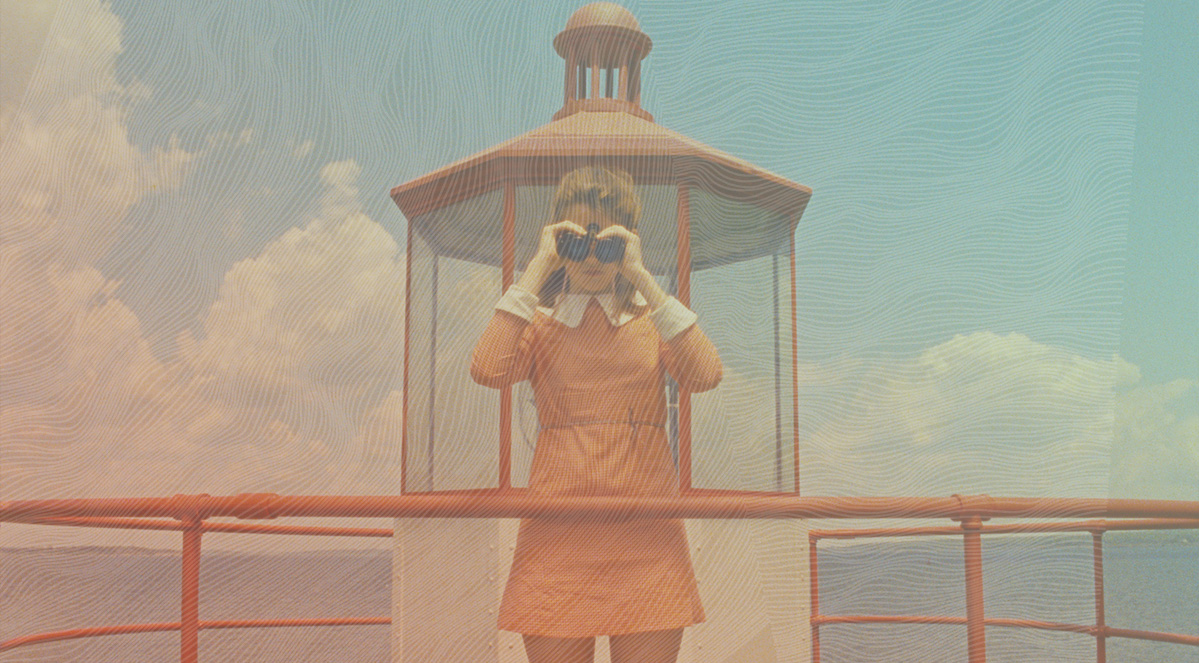 The Greatest Movies of All Time: Moonrise Kingdom

When Moonrise Kingdom’s barely-pubescent lovers- on-the-lam Suzy Bishop (Kara Hayward) and Sam Shakusky (Jared Gilman) are finally tracked down by the rest of Sam’s Khaki Scout troop, a stand-off ensues. Paced with the end of their runaway love affair, they, like Bonnie & Clyde and Mickey & Mallory before them, prepare to go out in a blaze of glory, taking out as many of their pursuers as they can in the meantime.

The result — aside from one scout with a scissors-related flesh wound, one deceased dog killed by friendly fire, and Sam & Suzy’s temporary freedom — is the image on these pages; a smoking dirt bike that’s somehow ended up high above the ground and stuck in the branches of a tree. It’s one of the more absurdist gags in Moonrise Kingdom, but one that’s crucial to the film.

It’s an archetypal Wes Anderson composition. It might not have the kind of symmetry that led to a thousand student short film rip offs or Funny Or Die parodies, but most of the filmmaker’s other visual trademarks are here; a carefully controlled colour scheme, immaculate, almost impossibly detailed production design — check out the tomahawks! – and a tableau-like feel that makes it feel flat and almost two-dimensional (the director, one feels, will never be someone to embrace the 3D revolution…)

It’s the kind of image that’s made Anderson a cult figure, but it’s also of the sort that frustrates his critics, who find the artificiality of Wes World stifling. At times, they’ve had a point: both The Life Aquatic with Steve Zissou and The Darjeeling Limited felt so in love with their elaborate stage-bound sets that they risked ending up indulgent and airless. Moonrise Kingdom doesn’t exactly do an about-face into naturalism; if anything, it’s as novelistic as anything that the filmmaker’s made, and the influence of his previous film, the stop-motion animated Fantastic Mr. Fox. can be felt in the lo-fi special effects and pop-up book feel of its final scenes. 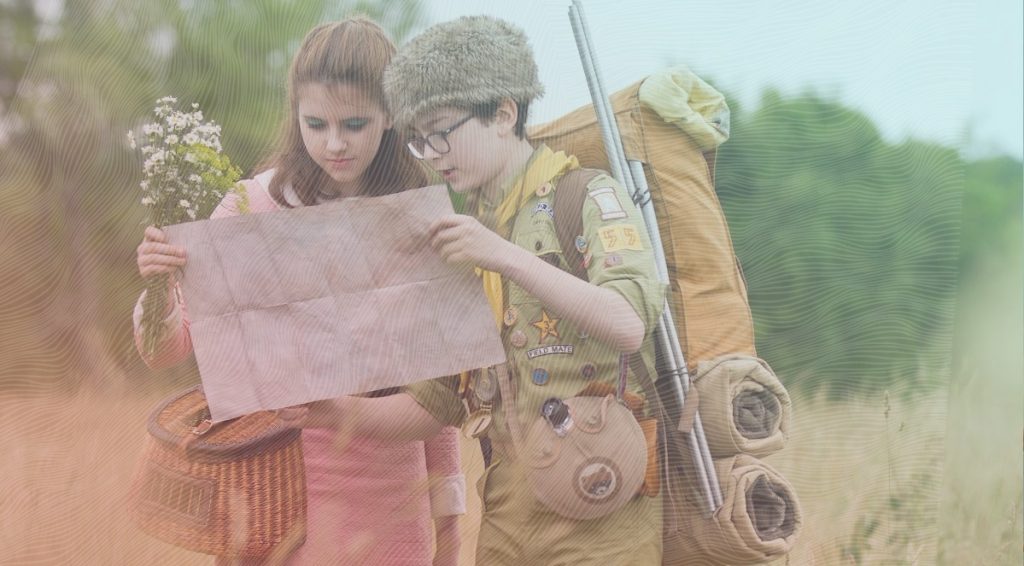 But here, arguably with the most success since Rushmore. Anderson melds the artificial, composed look and his other most recognizable tropes – sharp, quotable dialogue, cinephile influences, esoteric and unexpected soundtrack picks — with a deep, bruised vein of melancholy. Often, Anderson’s characters arc defined by their repression: Max Fischer’s many extracurricular activities, meant to fill the hole left by his mother’s passing; Chaz Tenenbaum’s attempt to compensate for his grief through overprotective parenting: the father-son relationship in The Life Aquatic that goes unspoken until it’s too late. Francis Whitman’s upbeat masking of his suicidal depression, Mr Fox’s sense of emasculation at the loss of his tail.

“There’s some of that in Moonrise Kingdom, too, in the shape of Bruce Willis’ lovelorn policeman and Ed Norton’s sadsack scout master.”

There’s some of that in Moonrise Kingdom, too, in the shape of Bruce Willis’ lovelorn policeman and Ed Norton’s sadsack scout master. But Sam and Suzy are almost unique in Anderson’s filmography, probably because of their tender ages, as protagonists who wear their hearts on their sleeves. Sam might have a tragic past, with deceased parents and unhappy subsequent years bounced between orphanages and foster homes, but he isn’t repressing anything: his fuck-you attitude to the world is there for all to sec. Suzy, meanwhile, is the product of a stable, if neglectful home, but doesn’t fit into the world any better, veering between head-in-a-book introspection and berserker rages.

Wearing their hurt like a badge, they’re a pair of misfits who could only find solace in each other. And that’s how you end up with a dirt bike in a tree. That we’re presented with the image in a single throwaway setup. it’s clear that for Anderson, it’s not how it gets there that matters. It’s that two kids who just want to be left alone with each other — and woe betide anyone that gets in their way — were able to get it there. They might be messed up, they might be reviled by their peers, but unlike every adult we meet on New Penzance, they know who they are and what they want. And that’s something worth fighting for.