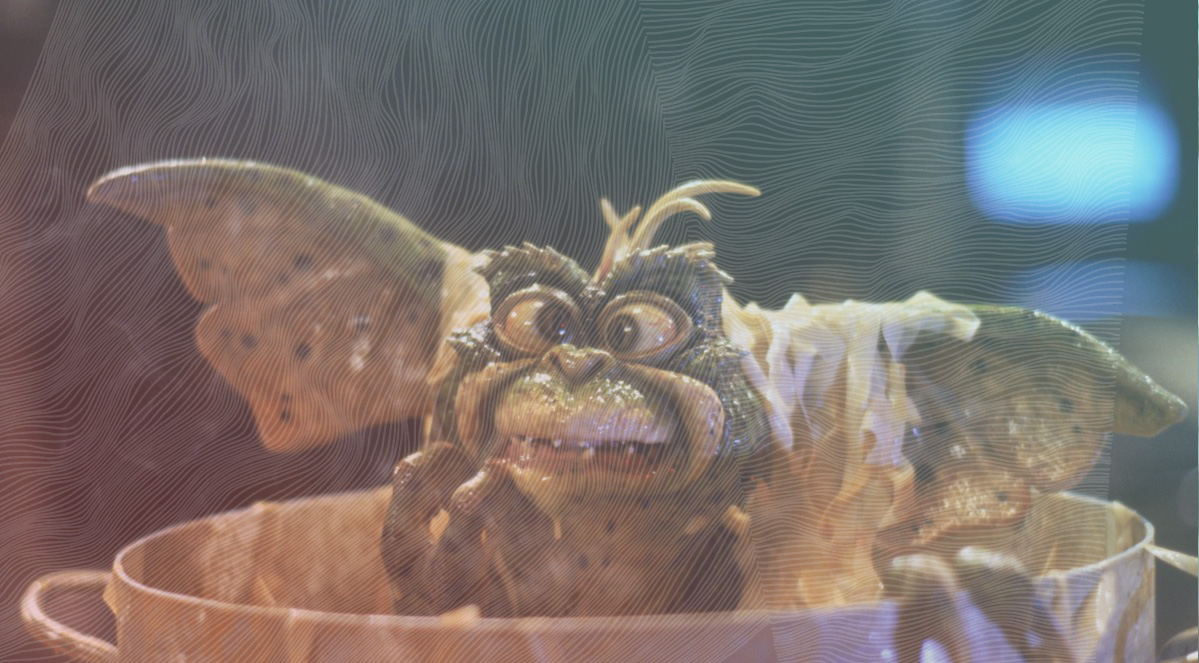 The Greatest Movies of All Time: Gremlins 2

Gremlins are bad, but Ted Turner is worse. That’s the upshot of Joe Dante’s buck-wild sequel to his surprise 1984 hit about a pack of rabid monsters overrunning a small American town at Christmas time.

Gremlins? Yuletide backdrop was modelled on the snowy setting of It’s a Wonderful Life, and Dante also nicked his location’s name from Frank Capra: in Gremlins, ‘Bedford Falls’ becomes ‘Kingston Falls.’ Yet for all of the havoc the mutated Mogwais wreak on their adopted Rockwell-esque hometown, it can’t compete with what billionaire impresario Daniel Clamp does to Capra’s classic in 1990’s Gremlins 2: The New Batch — with the flick of a switch. Jimmy Stewart and his brood become colourised.

A key bridging figure between the reverent cinophilia of Steven Spielberg and the feckless grave-robbing of Quentin Tarantino. Joe Dante is a moviemaker who makes movie-mad movies, and Gremlins 2, which is littered with non-stop references to film history — from Chuck Jones to Hammer Horror, sometimes in a single scene — is probably his most heroic act of cinophilia. And since any act of heroism requires a great villain, Dante custom-ordered one in the lean, springy form of John Glover, whose character’s name is an obvious play on Donald Trump and who talks and dresses like Patrick Bateman.

“The Gremlins are stand-ins, perhaps, for Dante’s own film love, grown steroidal and out of control”

An all-American psycho who says things like “I love warmth” without seeming to alter his chilled-out internal temperature one iota, he’s a late-capitalist avatar in need of some comeuppance. So when Dante’s Gremlins lay waste to the gleaming Clamp Industries high-rise (which prefigures the fountain-heady hijinks of The Hudsucker Proxy) it’s less terrifying than triumphant.

The Gremlins are stand-ins, perhaps, for Dante’s own film love, grown steroidal and out of control. Filing into Clamp’s private theatre to watch a cartoon, they’re so unruly that Hulk Hogan himself has to scream at them to shut up (they do). Elsewhere, they garrotte Leonard Maltin (who panned Gremlins in 1984 and is a good sport), essentially one-upping John Carpenter’s slam of Siskel and Ebert as alien ghouls at the end of 1988’s They Live!. Where Carpenter’s film aims right between the eyes of Ronald Reagan and his high-rolling constituency. Gremlins 2 makes do with buckshot — it sprays satirical barbs all over the place, and so the ones that miss (I never did find the Tony Randall-voiced, Susan Sontag-idolising “Brain Gremlin” all that funny) are barely noticeable amid the barrage.

“The point of Gremlins was to kid the ancillary hoopla about E.T. — to take a funy E.T. manque and show how it becomes hideous via mass reproduction.”

Dante’s targeting of Ted Turner and TBS for their cokrisatkn of vintage Hollywood cinema (an announcement is made that Casablanca will be aired “in colour and with a happy ending”) is a little more methodical, although it’s common knowledge that Capra paid to have It’s a Wonderful Life worked on by Colorisation, Inc. What Dante really rejects, however, is commoditization in all its forms; there’s a sense in which this film, which makes the Gremlins meaner and uglier than their predecessors, is a reaction against the first film’s success. 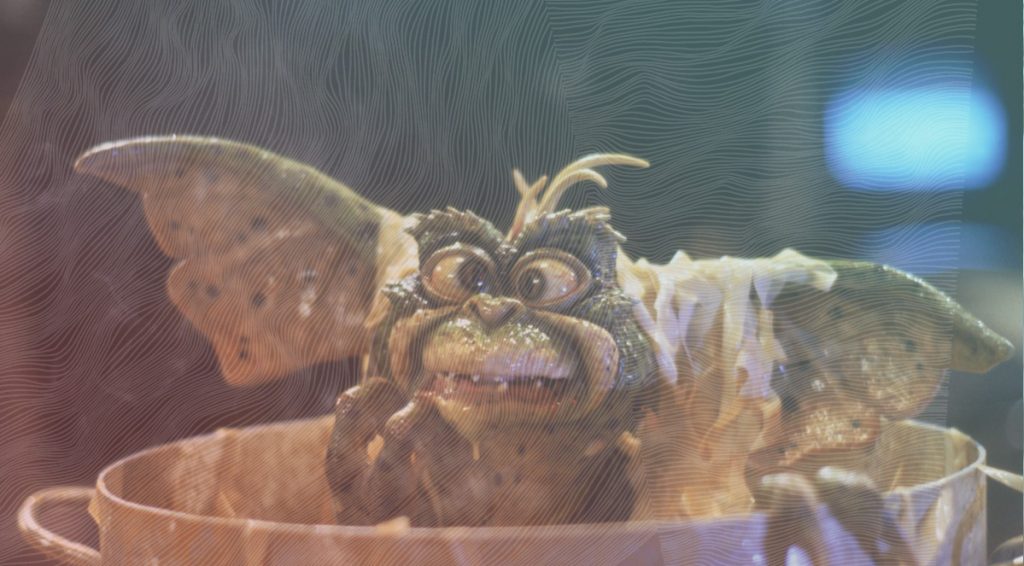 The point of Gremlins was to kid the ancillary hoopla about E.T. — to take a funny E.T. manque and show how it becomes hideous via mass reproduction. (This is also the theme of 1998’s Small Soldiers). But Gremlins ended up spawning its own line of consumer-friendly products, and you can feel Dante’s ambivalence in every frame of his follow-up. On the one hand, he identifies with his beloved little monsters; on the other, he sees something truly evil about the proliferation of something perhaps best enjoyed in small doses.

The drawback of making topical comedies is that they very quickly get dated, and the Manhattan depicted in Gremlins 2 is a relic in more ways than one — a Gordon Gekko playground that’s almost as much of a loveable fetish object as Gizmo himself. What has endured about Gremlins 2 is its pop-cultural magpie-ism. which would become the default mode of so much American cinema post-Reservoir Dogs. The film’s title was prescient even if filmmakers such as Tarantino. Spike Jonze and Neveldine/Taylor haven’t specifically cited Gremlins 2 as an influence, it feels now like ground zero for an strain of gleefully post-modern, masters-of-allusion cinema

It’s a testament to Dante’s generosity — and maybe his naivety — that he turns Daniel Clamp into a grateful George Bailey stand-in by the movie’s end. ultimately vindicating his own empty boast about enjoying warmth. The films that picked up where Gremlins 2 left off went about their business with more coldness, but give Dante’s fevered farce credit for correctly taking the temperature at a time when the mainstream filmmaking climate was about to become a hothouse.

And now it looks like Gremlins 3 is about to happen.