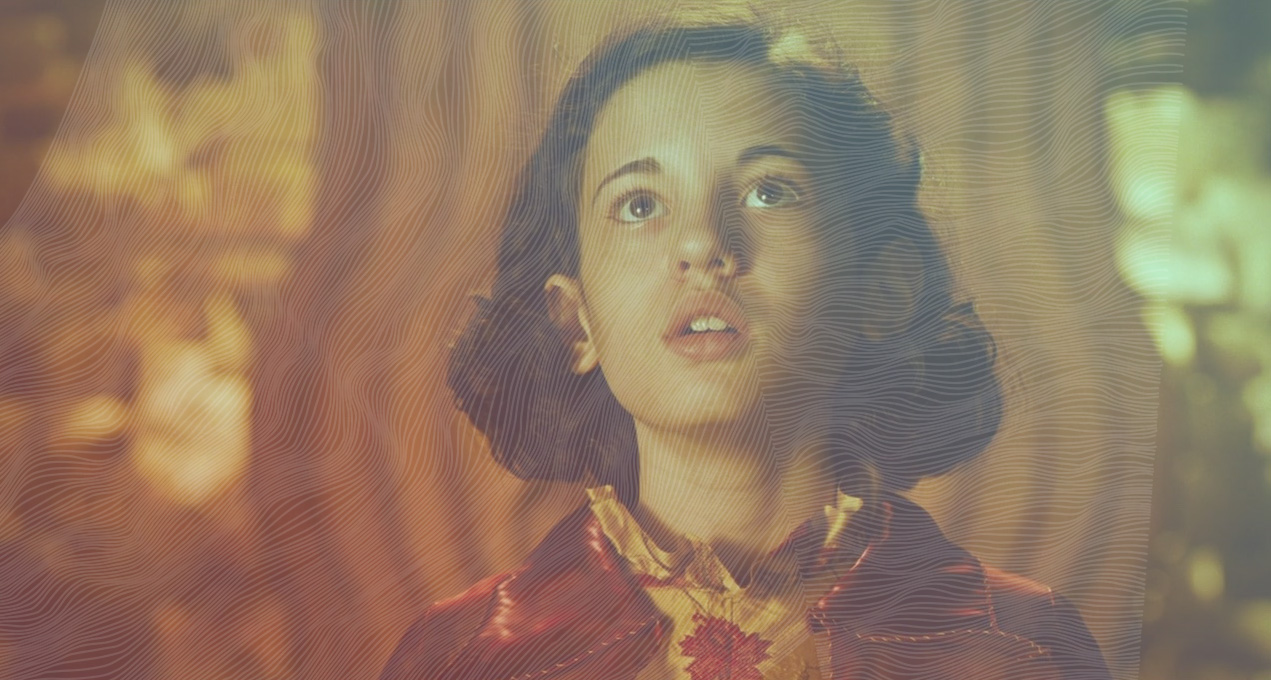 Some film images exist merely for their singularity, drawing attention to the unique, immediate vision created by a happy, at times accidental confluence of different crew members combining their disparate talents to capture a moment like no other in time and space. Other images, however, work differently.

Far from just being themselves, they echo down the ages, resonating with other films, other images and other realities, in a carefully constructed hall of mirrors that situates the film within a much broader framework of allusion, ideology and (of course) iconography.

My chosen still, from Guillermo del Toro’s Pan’s Labyrinth (currently the director considered as an Oscar contender with The Shape Of Water), definitely falls into the latter category. Pan’s Labyrinth is a film of doubles. For a start it forms a close diptych with del Toro’s 2001 film The Devil’s Backbone, as both explore the horrors of Spain’s emergent fascism through the eyes of a child and the filter of genre; and what’s more, the horrifying reality unfolding all round Ofelia (Ivana Baquero), the young heroine of Pan’s Labyrinth, is reflected, distorted and sublimated in the fairy tale worlds that her imagination conjures. 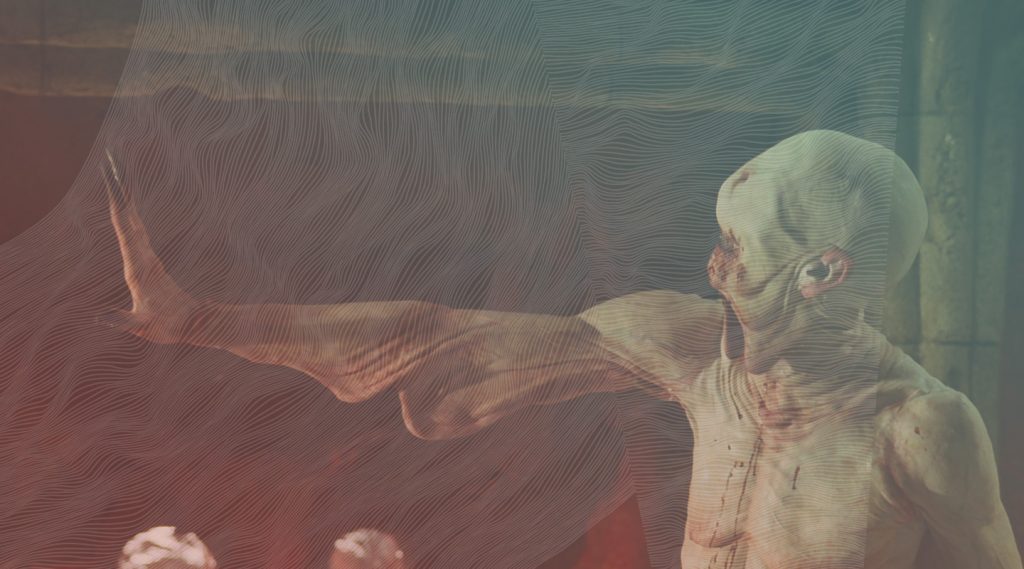 A Faun (Doug Jones) that Ofelia meets during her sleeping hours sets her a series of tasks which she must accomplish if she is to reclaim her rightful place as Princess of the Underground Realm on a throne beside her late father. The second of these tasks involves entering the dining room of a dormant monster without waking him or taking even the tiniest morsel from the luxurious feast laid before him. While the hideous creature is certainly asleep when Ofelia first enters, the danger that he poses is suggested by the paintings that festoon the walls — images within an image, all depicting the ‘Pale Man’ (as the credits designate him) engaged in his favourite, perhaps his only, activity: the slaughtering of children.

Though emaciated, decrepit and withered, the Pale Man is clearly a nightmarish surrogate for Ofelia’s fascist stepfather Captain Vidal (Sergi Lopez). After all, Vidal too was earlier himself seen sitting at the head of a similarly lavish banquet (from which Ofelia slyly absented herself) held for the community’s co-opted elite, while placing the local populace’s meagre food supplies under lock and key — and while Vidal might not, like the Pale Man, literally eat children, he has certainly already insisted that a pair of appropriated rabbits be used in his stew even though they were expressly “too young”, and he will later prove a vindictive childkiller.

Ofelia’s immense, liberating imagination is set against a figure so devoid of imagination that his disembodied eyes are only reattached (and to his hands rather than his head) when he is hungry. Of course she will eat the forbidden fruit and awaken the Pale Man. For in her confrontation with this monster, and later with the monstrous Vidal, it is her very disobedience that will align her with the resistance, with characters like the ragtag rebels holding up against hope in the mountains, or the kindly Dr Ferreiro (Alex Angulo) who riskily helps their cause.

All these, and ultimately Ofelia too, are ennobled precisely for refusing either to do unquestioningly what they are told, or to cave in to the overwhelming force of tyranny. It is a struggle that comes with a particular historical setting — the Spain of 1944, in the aftermath of the Civil War — but its contours of fascism and freedom can be mapped onto any age, including the decade in which the film was made, when once again power was in the hands of a notoriously incurious tyrant who shared with Vidal both a desire to fill his father’s shoes and a fondness for torturing enemy combatants. 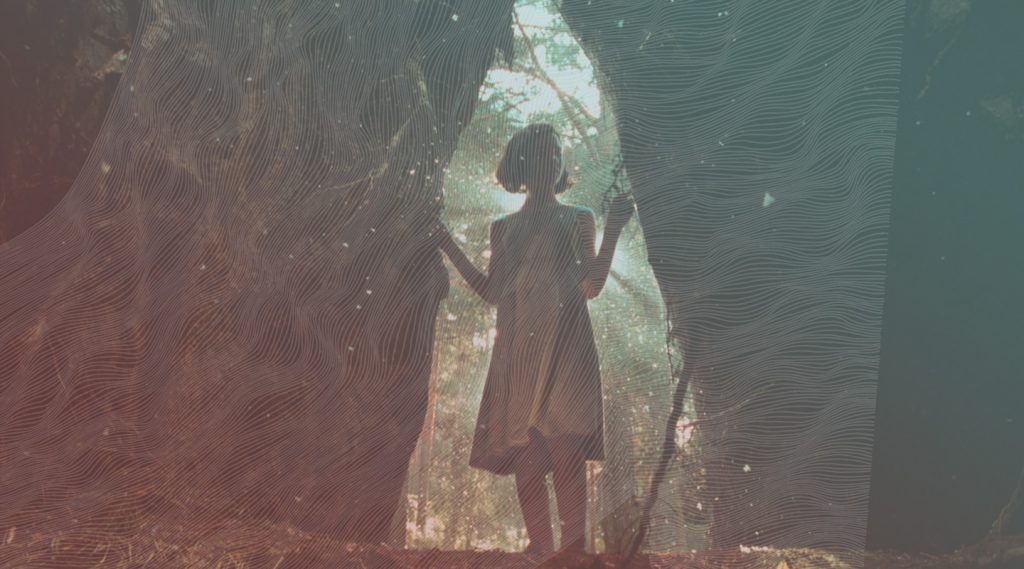 As the Pale Man is seen greedily biting the heads off fairies, he is not only devouring and destroying the very spirits that guide Ofelia through her imaginative world, but he is also offering a vivid reenactment of Francisco Goya’s ‘Saturn Devouring His Son’ — a painting often regarded as an allegory of the Spanish fatherland consuming its own progeny in endless wars and civil strife. And so this appetitive entity transcends space and time, stretching from the theogonic myths of the classical era all the way to the present day — a figure of pernicious, all-consuming malevolence.