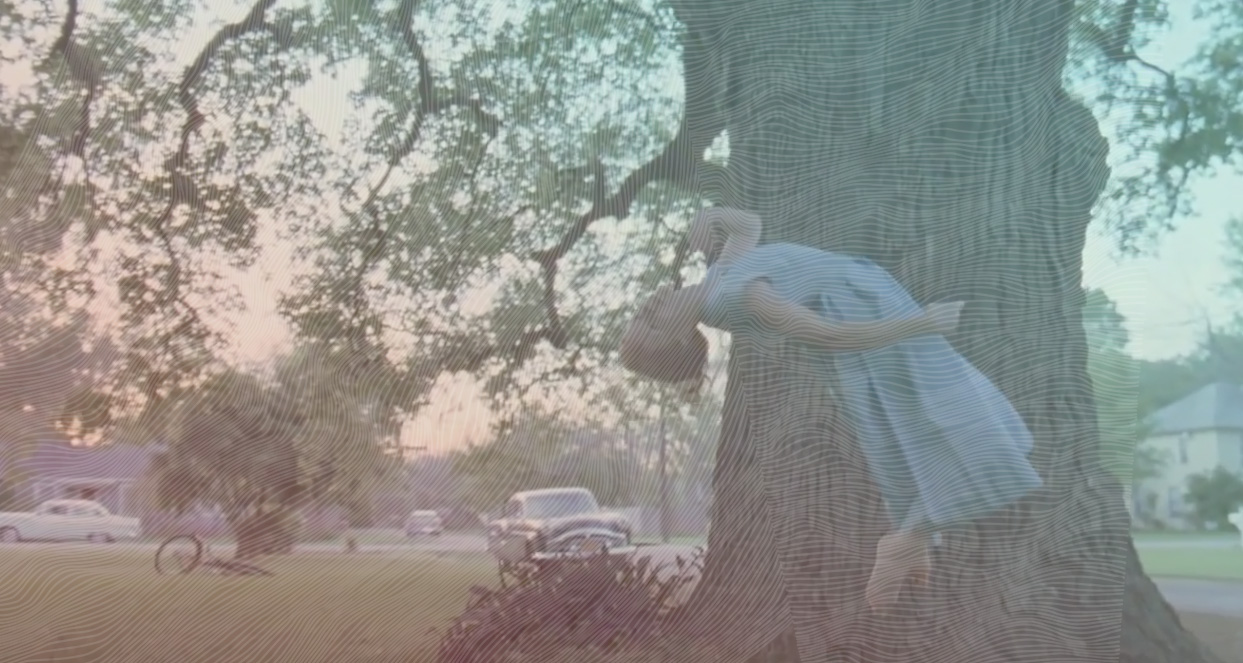 Greatest Movies of All Time: Tree Of Life

I am unable to offer any kind of succinct a or definitive answer to the oft posed question, why does Jessica Chastain suddenly start to levitate in this shot which occurs precisely 54 minutes and 31 seconds into Terrence Malick’s The Tree of Life.

Thirteen minutes and 10 seconds prior to this moment, an oak dining chair is seen to miraculously slide from underneath a table with the aid of no discernible physical force. Twelve minutes before that (stay with me on this), Chastain’s Mrs O’Brien, perhaps pondering the recent passing of her son, is seen pacing gingerly through a woodland. She stops, closes her eyes, and as the lids make contact, they detonate a sequence which details the chemical formulation of the known universe and all life as we know it.

Three events. Each incomprehensible in their own specific way. Each bite a thumb at the laws of physics and conventional film logic.

A simple justification for each would be they are mere expressions of the subjective conscious: dreams, fantasies, visions. This shot follows a moment when Mrs O’Brien recalls the thrill flying in a biplane after her graduation, and so could be read as a projection within a projection. The fluidity with which the film travels between timeframes, galaxies and human perspectives might even signal a moment of literal physical transcendence. Here, on this beautifully maintained lawn, besides a (the?) tree, we have arrived in a future where human beings have finally passed into a new age, the enlightened, godly Mrs O’Brien being the first mortal to have received this spectacular gift.

A surprisingly informative (and philosophically inclined) FAQ segment filched from the IMDb corroborates the theory of subjectivity, but with a twist: “This moment is very brief and passes without any form of explanation. Due [to] the abstract nature of the film’s elements, this may simply symbolise her graceful, ethereal, forgiving nature, ’floating’ as if she appears or comes across this way to her sons.” So this isn’t an extrapolation of her own mental projection, but it’s a shift from her memory of an actual event (in the co-pilot’s cockpit, corkscrewing over cornfields) to her young son’s interpretation of her words (she is physically flying). And to briefly acknowledge the film’s (potentially) autobiographical constitution, this mercurial aper^u may simply emanate from Malick’s own mind: we are being allowed to observe a director thinking about his own movie.

I can confirm that debating the nature and provenance of this shot does not (repeat: not) make for particularly scintillating pub conversation or, indeed, reading But. personally, 1 find it one of the great enigmatic and gutsy visual parenthesis in modem cinema, a provocation, for sure, but also a stem imprint of ideological intent It’s probably most easily explained away as poetic licence or freeform association, which, considering the cascade of images and juxtapositions the film works through, feels entirely justified and earned.

Critics of the film (and there are many and they are ferocious) tend to believe it’s preaching religious dogma rather than being about a Texan family from the ’50s who — guess what — abide by religious dogma. Negative reviews list resentments. They tend to exclusively stem from the poison pens of know-all liberal popinjays (I lrid!) who think cinema should, by rights, ascribe to a set of spiritual beliefs that they themselves would deign to anoint. Without meaning to sound like I’m mocking Chastain’s own hushed narration, these people need to let the poetry into their hearts. They need to feel the frickin’ glory. I’m not saying criticisms of the film are incorrect (they are), but that part of its beauty is the fact that there’s barely a scene, shot or frame within it that can be described as unequivocal. Chastain flying is merely the ne plus ultra of this its unimpeachable structure.

Malick. ever the international man of mystery, refrains from giving press interviews. Due to the paucity of context from its maker (The maker?), The Tree of Life — and its equally majestic follow-up. To the Wonder — have managed to retain a sense of sublime purity. An apocryphal story: When he released the album ’Desire’ in 1976, Bob Dylan took to the stage with his ‘Rolling Thunder Revue’ sporting thick white face paint and a battered straw* fedora. A journalist enters the room. ‘So, Bob…’ he asks. ‘Why the white face paint?’. Dylan leaves the room and cancels all press engagements for the next two years. Sometimes, you just got to let it fly