Mr. Meeseeks   December 14, 2017
Add to list
Receive an email once the selected quality (or above) has been reported 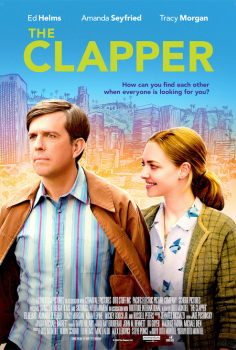 Title
Confirmed and upcoming movie titles only! Search before adding to avoid dupes.
The Clapper
Year
The year the movie is set to be released.
2018
Director
Dito Montiel
Genre
Pick one or multiple movie genres.
Comedy
Cinema release
First cinema release date in any country.
January 26, 2018
Description
Dito Montiel’s “The Clapper” is a film adaptation of the novel ‘Eddie Krumble Is the Clapper’, which Montiel wrote himself. Ed Helms stars as an actor with a recurring gig on a well-known infomercial, he receives an opportunity to escape the stigma his occupation creates when an offer to star in a television series comes his way. Supporting roles are portrayed by Amanda Seyfried, Tracy Morgan, Leah Remimi, Adam Levine, Brenda Vaccaro, and Russell Peters. It also features Alan Thicke in his final role, as he unfortunately lost his life in December of 2016.
Where you watch
Downloads and Streams