If the ’80s action film proved anything, it’s that Hollywood loves killing in style.

But enacting and glorifying creative violence is never enough; our cinematic aggression has to be complimented with dehumanizing one-liners and smirks. Fittingly, the land of Schwarzenegger and Stallone was virtually emotionless, a brutish realm of the instinctual senses where gunplay and knife wielding was something akin to a religious proclamation. This was the Cold War-era after all, and any flinch (onscreen or off) could be construed as crippling weakness to those pesky Commies.

In such a notorious decade of muscle-bound Goliaths and unfeeling war machines, John McClane (Bruce Willis) stands out like a sore thumb. As the blue-collar NYPD cop stuck in a Los Angeles high-rise battling a squadron of “Euro-trash” terrorists in John McTiernan’s masterpiece. Die Hard, he is a flawed man first and foremost, a killer second. Whatever heroic qualities McClane exudes stem from his desire to see his family again. Even more interesting is that despite this palpable desire to survive, he can’t help but stoke the situational flames with a special brand of humour that lovingly deconstructs the classic western cowboy character. 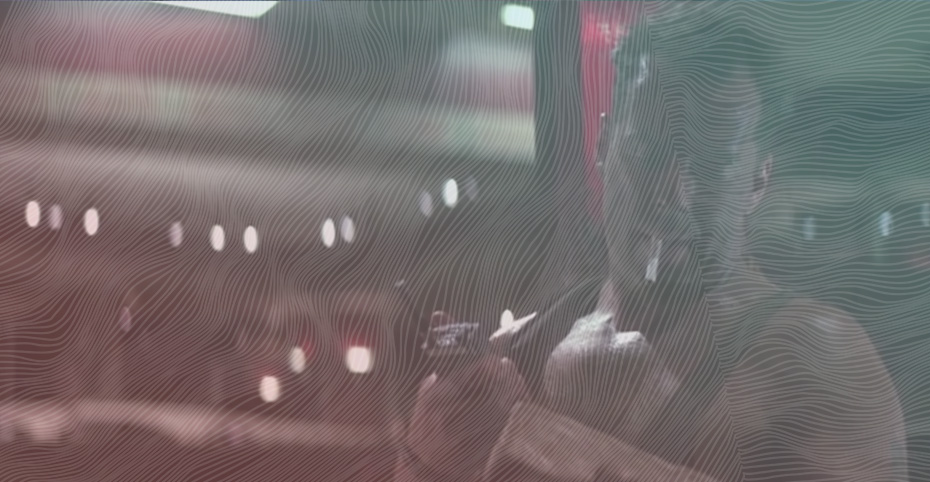 That a seemingly gruff product of the ’50s like McClane is keen on Roy Rogers rather than The Duke irritates and confuses his main nemesis, Hans Gruber (Alan Rickman). An American hero that can’t be placed in an archetypical box? Some of the film’s best scenes involve these two very different professionals lobbing cultural insults/threats at one another via a CB radio. Their dialogue exchanges are as smooth and well positioned as any of McTiernan’s graceful reveals or balanced compositions. They suggest an emotional intensity that most action films would either ignore or dehumanise.

“blood and glass, light and dark”

Yet Die Hard’s “fly in the ointment” scenario is about subverting machismo instead of celebrating it. A few examples are striking: McClane belittles Gruber for assuming that he is a trigger happy gunslinger seeking a thrill ride. The abrasive and egotistical FBI agents are sent to their fiery graves for treating a hostage situation like it was an air assault in Vietnam. Karl’s (Alexander Godunov) rage over his brother’s death allows McClane to escape entrapment in the elevator shaft. So many copycats have tried to emulate this film’s dramatic flair and they’ve failed miserably, precisely because they misunderstand its core themes.

McTiernan’s crisp mise-en-scene favours the juxtaposition of opposites: containment and vastness, blood and glass, light and dark. McClane becomes the audience’s emotional surrogate within this kind of tightrope formalism. Take the above image for example. After a shattering (literally) shootout with Hans and Karl that leaves his exposed feet shredded by glass shards, McClane crawls his way into a bathroom to regroup.

Placing his head against the mirror, he closes his eyes and rests for a second. It’s a quiet moment, one of exhaustion and isolation, full of humility. Here is a man fighting for the chance to raise his young children, the opportunity to apologise to his wife for being an asshole. Honest feeling like this is downright radical for a genre (and decade) that Gruber arrogantly refers to as culturally bankrupt.

But that’s John McClane for you, always pissing people off.