Midsommar and Hereditary has been the most requested indie downloads on Where You Watch. This year, the same studio, returns with Saint Maud – a slow-burn, unique horror film

Update: The film is currently in cinemas, see our dedicated Saint Maud updates page for more.

The independent production company A24 gets everything right virtually every time, almost. The studio has released some of the most intriguing and thought-provoking films of the last decade e.g. Hereditary, Ex Machina, The Lighthouse, Moonlight, Midsommar, Swiss Army Man, Room, etc. And with Saint Maud, they are certainly getting 2020 off to a great start.

“While there are many religious horror movies that deal with the authenticity of evil, demonic influence, Saint Maud operates at a different level”

Saint Maud is the debut feature from director/writer Rose Glass and stars Morfydd Clark (Maud) as an intensely-religious, soft-spoken private caregiver who is charged with the hospice care of Amanda – a chronically ill former dancer whose personality is the complete opposite of Maud’s. As the pair start to bond Maud makes it her mission to save Amanda’s soul, but her faith is deep-rooted in darkness and pain, something that threatens to overwhelms them both. You can watch the trailer here, but it includes some spoilers.

Saint Maud follows the story of a pious, reclusive young nurse (Maud) who is charged with the hospice care of Amanda, a former dancer ravaged by cancer. As the time goes by, Maud becomes more and more obsessed with saving Amanda’s soul from eternal damnation – no matter the consequences.

What the critics are saying

Maud is a humble and pious hospice care nurse who has only two primary things in her life: her work and her religion. Her dedication to Christianity as a recent development is hinted by her backstory, which roots from the unexpected demise of a former patient. She prays every day and dedicates herself to God. She strives to live her life as a good Christian woman. She takes on a new client Amanda, who is a former dancer ravaged by cancer. Still, Amanda chooses to live the rest of her days with a lavish lifestyle that she is used to.

On the surface, it seems highly unlikely that both Maud and Amanda would form any connection, but they do. Amanda takes keen interest in Maud’s devotion to her religious beliefs and expresses it to her. Flattered to be asked, Maud describes how she gets comfort from her religion. She knows that she is loved and she never feels alone. Religion has given her a purpose not known to her before. Maud sees Amanda’s interest in her beliefs as an opportunity and makes it her goal to use her time to help the patient find a spiritual connection. 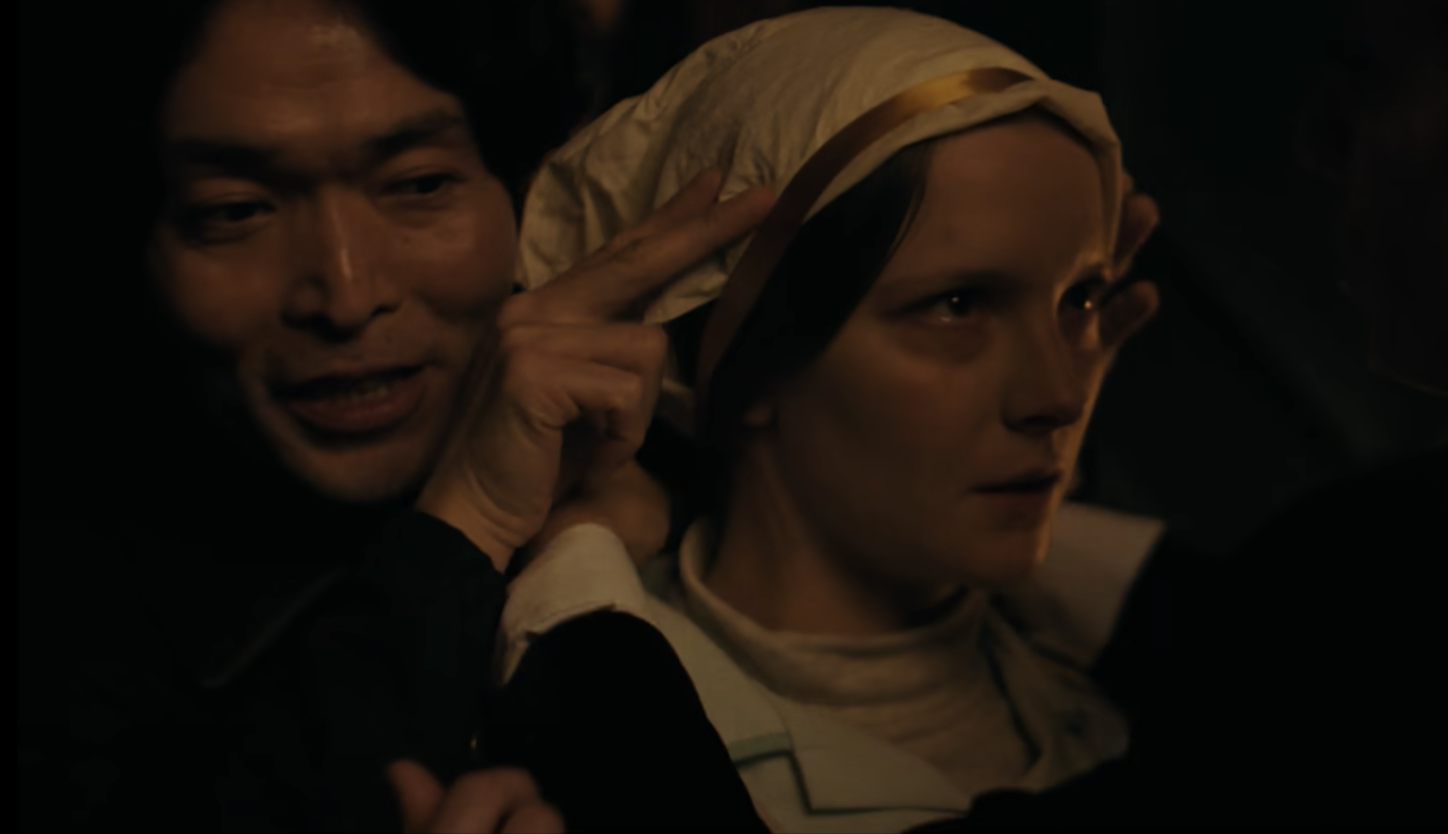 The narrative revolving around the days that Amanda and Maud spend together is a slow progression. They form a friendship and bond, which Maud uses in order to influence Amanda’s behaviour. She tries her best to limit her visitors as well as her drinking so that they would spend more time together. Even though it is difficult for Maud to make a solid connection with anyone due to her religion, she seems to naturally settle in with Amanda and feels close to her almost instantly.

“Maud’s ever-fading connection to reality, along with her dedication to her religion, cause her to go a bit off the deep end, but certainly not in the way one would expect”

Throughout the movie, the majority of the horror roots from the intense religious beliefs of Maud. She is devoted to living a life of sacrifice. She believes that she can express her love to God through self-mutilation. So, apart from her sparse and small apartment, she offers prayers in the form of pain. These moments in the film offer insight into Maud’s mind.

As the plot unfolds, Maud’s ever-fading connection to reality, along with her dedication to her religion, cause her to go a bit off the deep end, but certainly not in the way one would expect. Saint Maud keeps the audience guessing and that is a part of the excellence in Rose Glass’ debut feature. The movie does not tread the well-worn path and delivers something new. It goes into many interesting (dark) places and pulls some shocking moments out of nowhere.

The story of Saint Maud is elegantly told. The movie may be a slow-burn, but there is always something to gain in terms of either character interaction or development, and the moments of horror don’t disappoint. Not to mention the score by Adam Janota Bzowski is an excellent addition to the movie and makes the scenes more terrifying than all other technical elements in the film. There are some darker shots in the film that sway the tension scale very high as you stare into Maud’s sad and depressing little room while there are others that just make you wish that you could somehow see what’s going on.

“her thrashes of religious ecstasy, Clark wades into ambiguous waters”

Make no mistake; this is Morfydd Clark’s show. Her performance alone is reason enough to watch the film. She offers the type of career-defining turn that is well-known with A24 releases. From her increasing skepticism of her evening prayers to her thrashes of religious ecstasy, Clark wades into ambiguous waters with clarity and confidence that surely ranks hers among the decade’s best horror performances. And when Glass and Clark stick the landing, it simply pays off, making Saint Maud the type of slow-burn horror film that you like now and will love later. The movie may move deliberately and slowly, but Clark makes sure that the audience is always in the capable hands of the character.

While there are many religious horror movies that deal with the authenticity of evil, demonic influence, Saint Maud operates at a different level. It succeeds both as horror and as a touching psychological study of troubled, lonely, and sensitive mind. It is an unforgettable, astonishing, and gripping exploration of female isolation and rage that draws the audience in and keeps them in its embrace till the final seconds. Everything about Saint Maud cements Glass’ status as a talented new genre filmmaker and one to definitely watch.

For more upcoming A24 titles, or other indie films you should look out for.