Mojib   June 13, 2018
Add to list
Receive an email once the selected quality (or above) has been reported 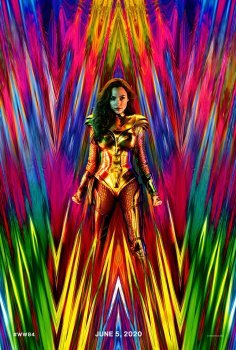 Title
Confirmed and upcoming movie titles only! Search before adding to avoid dupes.
Wonder Woman 1984
Year
The year the movie is set to be released.
2020
Director
Patty Jenkins
Genre
Pick one or multiple movie genres.
Cinema release
First cinema release date in any country.
December 25, 2020
Description
Wonder Woman was a surprise hit in cinemas, and one of the most downloaded movies of 2017. I wouldn't be too surprised if the sequel followed suit. Once again directed by Patty Jenkins and sees the return of the heroine portrayed by Gal Gadot. And somehow, and this might be a spoiler for the first movie, Chris Pine manages to return.

Gal Gadot returns as Diana Prince in Wonder Woman 1984. Directed by Patty Jenkins, Wonder Woman 1984 is the second film focused on Amazonian warrior’s adventures. This time, the film is set in the 1980s era in which Diana finds her facing a new supervillain: The Cheetah.

The trailer introduces Kristen Wiig’s character, however not in the form of Cheetah. Chris Pine is returning as Steve Trevor and a new character Maxwell Lord (Pedro Pascal) can also be seen. Other parts of the trailer focus on Wonder Woman fighting bad guys in the desert, the White House, and in a shopping mall. Although Wonder Woman 1984 is the second film in the franchise, according to the director, it is not a sequel (however that's possible). Wonder Woman 1984 has been delayed until August 12, 2020 due to COVID-19.
Where you watch
Downloads and Streams

Is Wonder Woman 1984 available as a pirated stream or pirated download?
No, not yet.

When will Wonder Woman 1984 officially be available?
As of now, there's no release data announced. This includes official services such as iTunes, Disney+, Blu-Ray or DVD release.