Whitney: Can I Be Me

Antony   August 26, 2017
Add to list
Receive an email once the selected quality (or above) has been reported 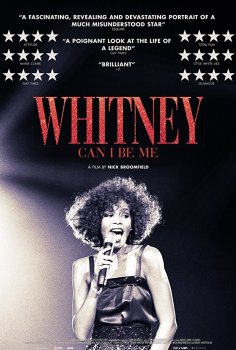 Title
Confirmed and upcoming movie titles only! Search before adding to avoid dupes.
Whitney: Can I Be Me
Year
The year the movie is set to be released.
2017
Director
Nick Broomfield, Rudi Dolezal
Genre
Pick one or multiple movie genres.
Documentary
Cinema release
First cinema release date in any country.
April 24, 2017
Description
By the time Whitney Elizabeth Houston was 15, she was singing background vocals for Chaka Khan, Lou Rawls, and Jermaine Jackson. In 1983 Whitney signed a worldwide recording contract with Clive Davis's Arista Records. However her success came with its fair share of drug use, love affairs, and scandals.

WHITNEY 'Can I Be Me' - Official trailer