When We First Met

Mr. Meeseeks   January 29, 2018
Add to list
Receive an email once the selected quality (or above) has been reported 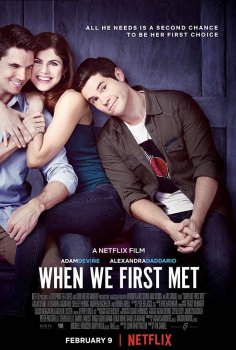 Title
Confirmed and upcoming movie titles only! Search before adding to avoid dupes.
When We First Met
Year
The year the movie is set to be released.
2018
Director
Ari Sandel
Genre
Pick one or multiple movie genres.
Cinema release
First cinema release date in any country.
February 09, 2018
Description
Academy award-winning American filmmaker Ari Sandel has wrapped production on his second feature film. The romantic comedy, “When We First Met”, will be released on Netflix in February, starring Robbie Amell, Alexandra Daddario, and Adam DeVine.
Where you watch
Downloads and Streams