Mr. Meeseeks   September 03, 2020
Add to list
Receive an email once the selected quality (or above) has been reported 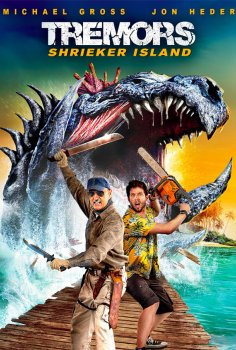 Is Tremors: Shrieker Island available online?
No. It has yet to be reported as either a pirated torrent or pirated stream.

When will Tremors: Shrieker Island officially be available?
It's set for a October 20, 2020 release. Illegal downloads, torrents and streams will be reported on this page. Its official release through streaming services, such as Netflix, will also be reported.