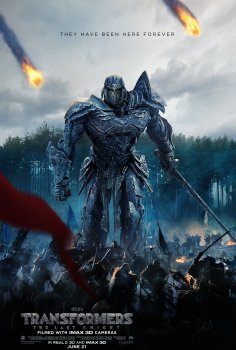 Title
Confirmed and upcoming movie titles only! Search before adding to avoid dupes.
Transformers: The Last Knight
Year
The year the movie is set to be released.
2017
Director
Michael Bay
Genre
Pick one or multiple movie genres.
Cinema release
First cinema release date in any country.
June 21, 2017
Description
The fifth Transformers film "The Last Knight", was released on June 21st, 2017, already raking in more than a half-billion dollars at the box office. The film is directed by Michael Bay, and stars Mark Wahlberg, Josh Duhamel, Stanley Tucci, and Anthony Hopkins.
Where you watch
Downloads and Streams