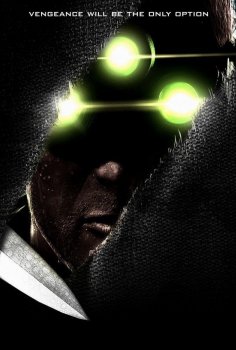 Title
Confirmed and upcoming movie titles only! Search before adding to avoid dupes.
Tom Clancy’s Splinter Cell
Year
The year the movie is set to be released.
2021
Genre
Pick one or multiple movie genres.
Action
Description
A film treatment of “Tom Clancy’s Splinter Cell” video games has been stuck in development for a very long time. The script was finalized last winter, with filming set to begin before years end. Tom Hardy has signed on to star in the film.
Where you watch
Downloads and Streams

Is there a Tom Clancy’s Splinter Cell torrent or stream available?
No, not yet.

When will Tom Clancy’s Splinter Cell officially be available?
As of now, there's no release date announced. This includes official services such as iTunes, Disney+, Blu-Ray or DVD release.