Those Who Wish Me Dead

Mr. Meeseeks   May 03, 2020
Add to list
Receive an email once the selected quality (or above) has been reported 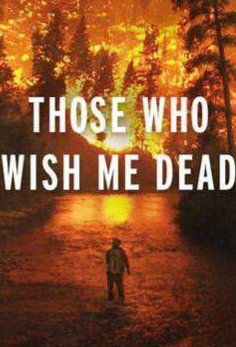 Title
Confirmed and upcoming movie titles only! Search before adding to avoid dupes.
Those Who Wish Me Dead
Year
The year the movie is set to be released.
2020
Director
Taylor Sheridan
Genre
Pick one or multiple movie genres.
Cinema release
First cinema release date in any country.
May 14, 2021
Digital release
Official digital release date on services such as iTunes, Amazon, Netflix. It's the first known release date, without any country restriction. So if it's out on iTunes Russia first, this would be the digital release date.
May 14, 2021
Description
A new film from Taylor Sheridan, the writer of Sicario and Hell Or High Water and the director of Wind River. A teenage murder witness finds himself pursued by twin assassins in the Montana wilderness. The film is starring Angelina Jolie, Nicholas Hoult, Tyler Perry, Jon Bernthal, Aidan Gillen, Medina Senghore, Finn Little, Jake Weber, James Jordan, and Tory Kittles. It will be released in May, simultaneously in the theatres and on HBO Max.
Where you watch
Downloads and Streams

Is Those Who Wish Me Dead available online?
No. It has yet to be reported as either a pirated torrent or pirated stream.

When will Those Who Wish Me Dead officially be available?
It's set for a May 14, 2021 release. Illegal downloads, torrents and streams will be reported on this page. Its official release through streaming services, such as Netflix, will also be reported.