The Wife Of A Spy 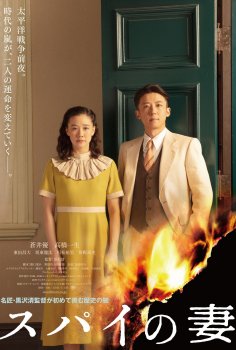 Title
Confirmed and upcoming movie titles only! Search before adding to avoid dupes.
The Wife Of A Spy
Year
The year the movie is set to be released.
2020
Director
Kiyoshi Kurosawa
Genre
Pick one or multiple movie genres.
Drama
Description
A new film from Kiyoshi Kurosawa, a historical drama about a Japanese merchant who leaves his wife in order to travel to Manchuria. It was originally broadcast on public NHK channel in June 2020. The theatrical version with different aspect ratio and color grading was screened at the Venice film festival where it received the Silver Lion award for the best director.
Where you watch
Downloads and Streams