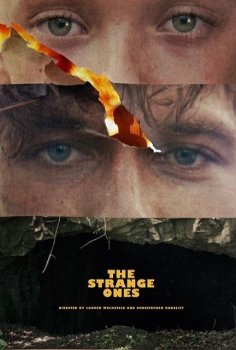 Title
Confirmed and upcoming movie titles only! Search before adding to avoid dupes.
The Strange Ones
Year
The year the movie is set to be released.
2017
Director
Christopher Radcliff and Lauren Wolkstein
Genre
Pick one or multiple movie genres.
Cinema release
First cinema release date in any country.
October 20, 2017
Description
Little details have been revealed on the plot for 'The Strange Ones', the mystery film directed by Christopher Radcliff and Lauren Wolkstein, but it's already receiving good reviews from critics. Alex Pettyfer, and James Freedson-Jackson star as two brothers who go on an abnormal vacation.
Where you watch
Downloads and Streams