The SpongeBob Musical: Live On Stage!

Mr. Meeseeks   December 08, 2019
Add to list
Receive an email once the selected quality (or above) has been reported 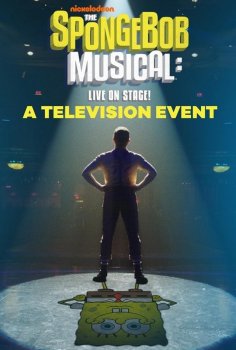 TITLE
Confirmed and upcoming movie titles only! Search before adding to avoid dupes.
The SpongeBob Musical: Live On Stage!
YEAR
The year the movie is set to be released.
2019
DIRECTOR
Glenn Weiss and Tina Landau
GENRE
Pick one or multiple movie genres.
CINEMA
First cinema release date in any country.
December 07, 2019
DESCRIPTION
The Tony Award-winning musical based on Nickelodeon's SpongeBob Squarepants aired on television this weekend. The stage production was directed by Tina Landau, with the filming directed by Glenn Weiss. With much of the original Broadway cast returning, including Ethan Slater as SpongeBob, Gavin Lee as Squidward, Danny Skinner as Patrick, Brian Ray Norris as Mr. Krabs, Wesley Taylor as Plankton, and Christina Sajous as Sandy.
WHERE YOU WATCH
Downloads and Streams

“Best Day Ever” from The SpongeBob Musical: Li...