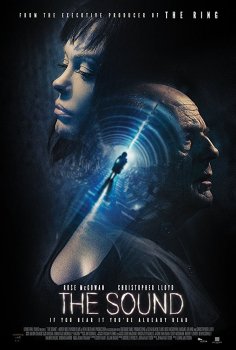 Title
Confirmed and upcoming movie titles only! Search before adding to avoid dupes.
The Sound
Year
The year the movie is set to be released.
2017
Director
Jenna Mattison
Genre
Pick one or multiple movie genres.
Cinema release
First cinema release date in any country.
September 29, 2017
Description
The directorial debut from actress/writer/producer Jenna Mattison, "The Sound", is a horror film following a supernatural skeptic who attempts to debunk paranormal sightings using low frequency sound-waves. The movie (which is also written by Mattison) stars Rose McGowan, Christopher Lloyd, and Michael Eklund, it will be released to cinemas in the United States on September 29th, 2017.
Where you watch
Downloads and Streams

Can I download or stream The Sound? Yes. Reports of pirated torrents and streams are available below.
When will The Sound be available on digital platforms like iTunes, Amazon or Apple+? As of now, there's no release date announced. This includes iTunes, Amazon, Blu-Ray and DVD.