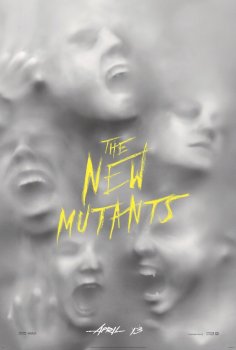 Title
Confirmed and upcoming movie titles only! Search before adding to avoid dupes.
The New Mutants
Year
The year the movie is set to be released.
2020
Director
Josh Boone
Genre
Pick one or multiple movie genres.
Cinema release
First cinema release date in any country.
August 28, 2020
Description
The latest spin-off in Marvel's "X-Men" franchise, "New Mutants", the plot is described as a horror movie about five young mutants who are held in a secret facility against their will, and must fight to escape their past sins and save themselves. It will be the third feature film from American writer/director Josh Boone, best known for his last movie 'The Fault In Our Stars'.

It's been delayed until early 2019.
Updated: New Mutants has been delayed once again due to the Corona virus outbreak, and is now set for August 2020.
Where you watch
Downloads and Streams

Is The New Mutants available as a pirated stream or pirated download?
No, not yet.

When will The New Mutants officially be available?
As of now, there's no release data announced. This includes official services such as iTunes, Disney+, Blu-Ray or DVD release.