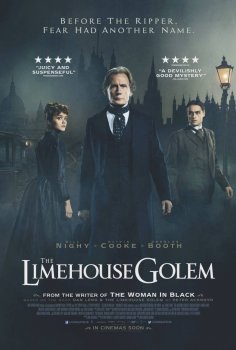 Title
Confirmed and upcoming movie titles only! Search before adding to avoid dupes.
The Limehouse Golem
Year
The year the movie is set to be released.
2017
Director
Juan Carlos Medina
Genre
Pick one or multiple movie genres.
Cinema release
First cinema release date in any country.
September 01, 2017
Description
When a slew of murders shakes the community of Limehouse in Victorian London the people become hysteric and blame a mythical golem for the occurences. Directed by Juan Carlos Medina and starring Bill Nighy and Olivia Cooke.
Where you watch
Downloads and Streams