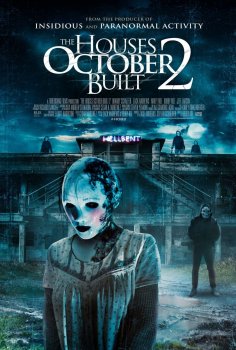 Title
Confirmed and upcoming movie titles only! Search before adding to avoid dupes.
The Houses October Built 2
Year
The year the movie is set to be released.
2017
Director
Bobby Roe
Genre
Pick one or multiple movie genres.
Cinema release
First cinema release date in any country.
September 22, 2017
Description
The sequel to the found footage horror film, "The Houses October Built", is set to hit theaters in the United States on September 22nd, 2017. Directed by Bobby Roe, the film takes place not long after the events of the first left off. The cast includes Brandy Schaefer, Zack Andrews, Mikey Roe, Bobby Roe, and Jeff Larson.
Where you watch
Downloads and Streams