Mojib   September 28, 2017
Add to list
Receive an email once the selected quality (or above) has been reported 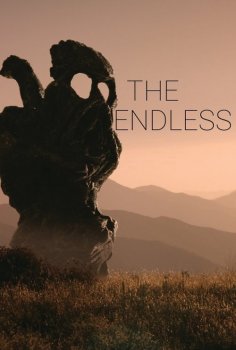 Title
Confirmed and upcoming movie titles only! Search before adding to avoid dupes.
The Endless
Year
The year the movie is set to be released.
2017
Director
Justin Benson
Genre
Pick one or multiple movie genres.
Description
Back in 2012, the Tribeca Film Festival hosted the world premiere of a tiny indie horror film called Resolution, directed by Justin Benson and Aaron Moorhead and written by Benson. The film’s desaturated, grubby poster made it look exactly like the torture-porn movies that were already out of vogue at that point, but the film itself is something different — an intimate character drama about two friends stuck in a backwoods cabin, where something unearthly is stalking them, and gradually making itself known. Resolution’s ending is a jarring surprise after the slow build that leads up to it, but the shock comes with a kind of delight at how Benson and Moorhead use Resolution to toy with horror-movie tropes and joke about horror-movie audiences.

The Endless opens with a quote from cult horror author H.P. Lovecraft, whose dread-filled mythos of ancient alien gods and terrifying occult knowledge is a key influence on Benson and Moorhead’s work. But the tone here is more classic low-budget indie drama, restrained and cerebral, than nightmarish horror.

Another thing that should be brought up is that although the first eight of The Endless may have never been human and the original seven may have never been anything but The Endless, the ninth was originally Daniel Hall, a mortal babe who was made Dream when forces outside of his control made it necessary that he take on the role, for although you can abandon your duties, there must always be one to hold the mantle of each of the seven Endless.

One thing about The Endless that seems to support the idea they were once "mortal beings" of sorts is the fact that they have been known to reproduce and bear, at least partially, human offspring.

Spurred by a mysterious videotape that arrives in the mail, Justin Smith (Benson) and his younger brother Aaron (Moorhead) make the fateful decision to revisit Camp Arcadia, a rural commune in the Southern California hinterlands where they were raised after being orphaned in a car crash. Dissatisfied with his current mundane life, Aaron has developed a rose-tinted nostalgia for the commune even though Justin remains wary of a group he once branded a “UFO death cult,” partly in a bid to lure his more gullible sibling away. The brothers make an uneasy pact to return to the camp for a short visit, seeking closure with their troubled past.

According to reviews, The Endless has its notable faults, and the editing is one of the bigger ones. In the early going especially, the script feels rushed, as if Benson’s in a hurry to get past establishing the character and push on toward the commune. The editing around those early scenes feels herky-jerky and confused, with the physical action moving forward at a different pace from the conversation. On the other end of the film, there’s some repetition, with the biggest reveal coming multiple times — which is thematically appropriate, as it turns out, but still frustrating.