Mojib   September 05, 2017
Add to list
Receive an email once the selected quality (or above) has been reported 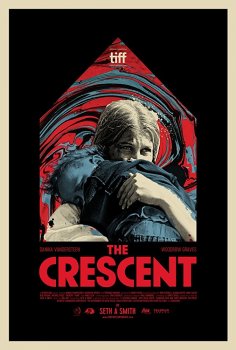 Title
Confirmed and upcoming movie titles only! Search before adding to avoid dupes.
The Crescent
Year
The year the movie is set to be released.
2017
Director
Seth A. Smith
Genre
Pick one or multiple movie genres.
Description
Set to premier on this year's TIFF film festival, The Crescent is a horror movie directed by Seth A. Smith. It's about a mother protecting her son from an unknown force. A beautiful yet disturbing trailer is the only thing that has been teased so far. The movie was promoted and financed by an IndieGoGo campaign. It's unknown when the movie will go to regular cinemas or have a home release as it's lacking a proper distributor.
Where you watch
Downloads and Streams

Is there a The Crescent torrent or stream available?
No, not yet.

When will The Crescent officially be available?
As of now, there's no release date announced. This includes official services such as iTunes, Disney+, Blu-Ray or DVD release.