The Battle of Jangsari 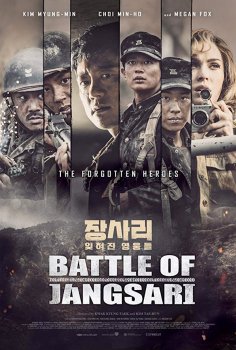 Is The Battle of Jangsari available as a pirated stream or pirated download?
No, not yet.

When will The Battle of Jangsari officially be available?
As of now, there's no release data announced. This includes official services such as iTunes, Disney+, Blu-Ray or DVD release.