Mavoy   May 23, 2019
Add to list
Receive an email once the selected quality (or above) has been reported 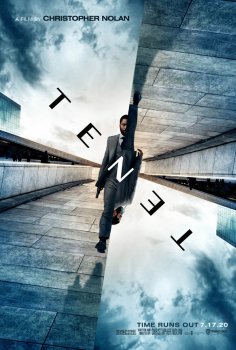 Title
Confirmed and upcoming movie titles only! Search before adding to avoid dupes.
Tenet
Year
The year the movie is set to be released.
2020
Director
Christopher Nolan
Genre
Pick one or multiple movie genres.
Thriller
Cinema release
First cinema release date in any country.
August 26, 2020
Description
Christopher Nolan announced details of his follow-up to war film "Dunkirk". "Tenet", previously described as "an event film" is supposed to be an espionage action thriller. John David Washington, Robert Pattinson and Elizabeth Debicki will star, next to Kenneth Branagh, Aaron Taylor-Johnson and Nolan regular, Michael Caine. The director wrote the screenplay himself (just like "Dunkirk"), while his brother Jonathan was probably too busy working on next season of "Westworld". After many collaborations with Hans Zimmer, this film will be scored by Ludwig Göransson ("Creed", "Black Panther").

Christopher Nolan’s upcoming movie seems like the mind-boggling Inception-adjacent film or its sequel. It definitely looks similar to it if you just watch the trailer. However, it is being considered as a spy movie of some sort.

In the trailer, John David Washington plays some type of a spy who is assigned to prevent a catastrophic event that is worse than a nuclear holocaust. Washington’s handler in the movie says that Tenet is the key to his mission as it will open the right doors but also some of the wrong ones. The trailer also shows crazy sequences involving things moving in reverse and time travel.
Where you watch
Downloads and Streams

Is Tenet available as a pirated stream or pirated download?
No, not yet.

When will Tenet officially be available?
As of now, there's no release data announced. This includes official services such as iTunes, Disney+, Blu-Ray or DVD release.