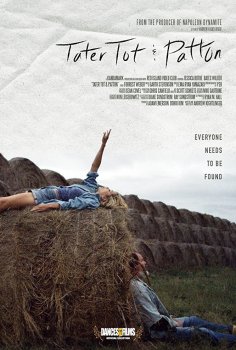 Title
Confirmed and upcoming movie titles only! Search before adding to avoid dupes.
Tater Tot & Patton
Year
The year the movie is set to be released.
2017
Director
Andrew Kightlinger
Genre
Pick one or multiple movie genres.
Drama
Description
From director Andrew Kightlinger, "Tater Tot & Patton", follows Andie (Jessica Rothe) a young woman who escapes to rural South Dakota after a failed suicide attempt and subsequent rehab stint. Escaping from all of her relatives aside from one, her alcoholic uncle Erwin (Bates Wilder), who slowly bond over their troubles.
Where you watch
Downloads and Streams

Is there a Tater Tot & Patton torrent or stream available?
No, not yet.

When will Tater Tot & Patton officially be available?
As of now, there's no release date announced. This includes official services such as iTunes, Disney+, Blu-Ray or DVD release.