Mojib   February 01, 2020
Add to list
Receive an email once the selected quality (or above) has been reported 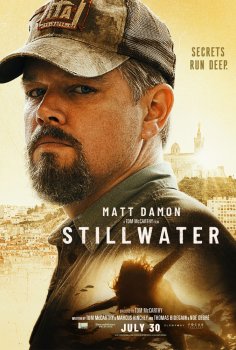 Title
Confirmed and upcoming movie titles only! Search before adding to avoid dupes.
Stillwater
Year
The year the movie is set to be released.
2021
Director
Tom McCarthy
Genre
Pick one or multiple movie genres.
Drama
Cinema release
First cinema release date in any country.
July 30, 2021
Description
This is the listing for Matt Damon's Stillwater, and not the 2019 release.
Stillwater is an upcoming drama directed by Tom McCarthy who is well-known for his incredible directional effort in Spotlight. Starring Matt Damon, the plot revolves around an oil worker who navigates the foreign soil to help his estranged daughter who has been accused of murder. The journey brings the father (Damon) into the larger world around him as he struggles to deal with cultural and language barriers and find common ground with the people he meets.

The plot of the film sounds like the type of thoughtful drama at which McCarthy excels. Matt Damon is a perfect fit for both this role as well as McCarthy’s world. The movie surely seems like an awards-contender and it won’t be a surprise if it gets some. Not much information about the film is revealed yet. Even the word is that its title may be changed. It is expected to release on July 30, 2021, after an eight month delay due to COVID-19.
Where you watch
Downloads and Streams

Is there a Stillwater torrent or stream available?
No, not yet.

When will Stillwater officially be available?
As of now, there's no release date announced. This includes official services such as iTunes, Disney+, Blu-Ray or DVD release.