Mr. Meeseeks   October 22, 2019
Add to list
Receive an email once the selected quality (or above) has been reported 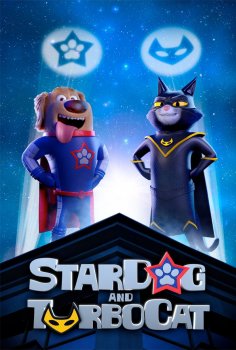 Title
Confirmed and upcoming movie titles only! Search before adding to avoid dupes.
StarDog and TurboCat
Year
The year the movie is set to be released.
2019
Director
Ben Smith
Genre
Pick one or multiple movie genres.
Cinema release
First cinema release date in any country.
December 06, 2019
Description
This pet-themed parody of Superman and Batman, sees the forces of StarDog and TurboCat unite in order to find their way home. This is the first feature-length film from animation studio Red Star 3D, and is also the directorial debut of Ben Smith.

Is StarDog and TurboCat available as a pirated stream or pirated download?
No, not yet.

When will StarDog and TurboCat officially be available?
As of now, there's no release data announced. This includes official services such as iTunes, Disney+, Blu-Ray or DVD release.