The SpongeBob Movie: Sponge On The Run

Mr. Meeseeks   February 12, 2018
Add to list
Receive an email once the selected quality (or above) has been reported 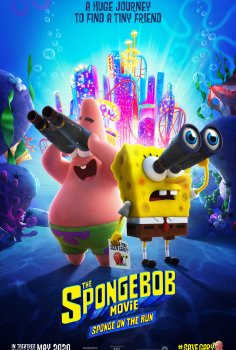 TITLE
Confirmed and upcoming movie titles only! Search before adding to avoid dupes.
The SpongeBob Movie: Sponge On The Run
YEAR
The year the movie is set to be released.
2020
DIRECTOR
Tim Hill
GENRE
Pick one or multiple movie genres.
CINEMA
First cinema release date in any country.
May 22, 2020
DESCRIPTION
Despite having always been perceived as a silly one-off film, both “SpongeBob” movies have brought in a combined half-billion dollars at the box office. Paramount made further sequels a priority, with the third film having half the time between releases compared to the first two films. Screenwriter of the first film Tim Hill will be directing, it will be his ninth feature film.
WHERE YOU WATCH
Downloads and Streams