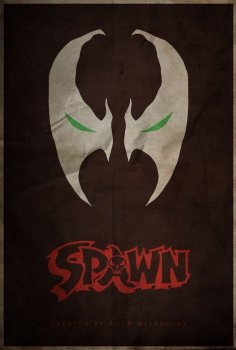 Title
Confirmed and upcoming movie titles only! Search before adding to avoid dupes.
Spawn
Year
The year the movie is set to be released.
2019
Director
Todd McFarlane
Genre
Pick one or multiple movie genres.
Description
Blumhouse Productions has greenlit the long-awaited reboot of the superhero film “Spawn”, which will begin filming this year. Though the original ‘90’s film featuring the iconic antihero became a cult classic, this production is written and directed solely by Todd McFarlane, creator of the original comics.

The titular role will be portrayed by Jamie Foxx, while Jeremy Renner has signed on to co-star.
Where you watch
Downloads and Streams

Is there a Spawn torrent or stream available?
No, not yet.

When will Spawn officially be available?
As of now, there's no release date announced. This includes official services such as iTunes, Disney+, Blu-Ray or DVD release.