Mr. Meeseeks   June 20, 2019
Add to list
Receive an email once the selected quality (or above) has been reported 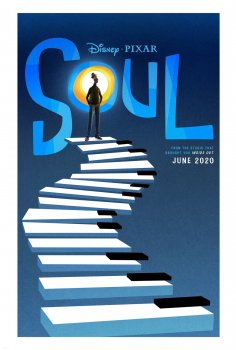 Title
Confirmed and upcoming movie titles only! Search before adding to avoid dupes.
Soul
Year
The year the movie is set to be released.
2020
Director
Pete Docter
Genre
Pick one or multiple movie genres.
Cinema release
First cinema release date in any country.
November 20, 2020
Digital release
Official digital release date on services such as iTunes, Amazon, Netflix. It's the first known release date, without any country restriction. So if it's out on iTunes Russia first, this would be the digital release date.
December 25, 2020
Description
Walt Disney Studios and Pixar Animation have unveiled their latest project, "Soul", the fourth feature from acclaimed filmmaker Pete Docter who directed Pixar classics Up, Inside Out, and Monsters, Inc.

It's heading, except for a limited cinema run, straight to Disney+
Where you watch
Downloads and Streams

Can I download or stream Soul? Yes. Reports of pirated torrents and streams are available below.
When will Soul be available on digital platforms like iTunes or Amazon? It's set for a December 25, 2020 release. This likely includes iTunes and Amazon unless it is an exclusive Netflix, or similar, release. Physical versions on Blu-Ray or DVD will likely follow.