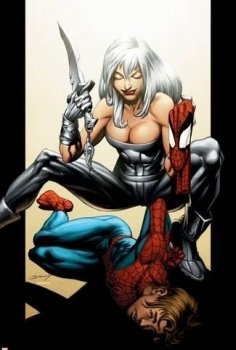 Title
Confirmed and upcoming movie titles only! Search before adding to avoid dupes.
Silver & Black
Year
The year the movie is set to be released.
2019
Director
Gina Prince-Bythewood
Genre
Pick one or multiple movie genres.
Cinema release
First cinema release date in any country.
February 08, 2019
Description
Sony's spin-off Marvel universe is already well under way after the success of their first MCU film 'Spider-Man: Homecoming'. One of the films already under development centers around the characters Black Cat and Silver Sable, which will be the first time either are portrayed in film. Gina Prince-Bythewood has already signed on to direct, and will join Christopher Yost in drafting the screenplay.
Where you watch
Downloads and Streams

Is there a Silver & Black torrent or stream available?
No, not yet.

When will Silver & Black officially be available?
As of now, there's no release date announced. This includes official services such as iTunes, Disney+, Blu-Ray or DVD release.