Shazam: Fury of the Gods

Mojib   August 23, 2020
Add to list
Receive an email once the selected quality (or above) has been reported 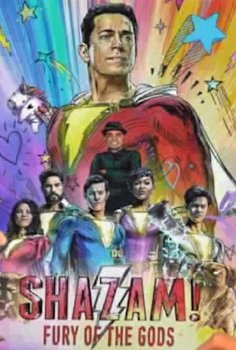 Title
Confirmed and upcoming movie titles only! Search before adding to avoid dupes.
Shazam: Fury of the Gods
Year
The year the movie is set to be released.
2022
Director
David F. Sandberg
Genre
Pick one or multiple movie genres.
Cinema release
First cinema release date in any country.
April 22, 2022
Description
With the first one doing very well at the box office, a sequel to Shazam was quickly in the works. At the DC gathering not much was revealed except for its title and some hints at an all star cameo. Oh, and there are apparently several villains this time around. The film is set to premiere in 2022.
Where you watch
Downloads and Streams

Is there a Shazam: Fury of the Gods torrent or stream available?
No, not yet.

When will Shazam: Fury of the Gods officially be available?
As of now, there's no release date announced. This includes official services such as iTunes, Disney+, Blu-Ray or DVD release.