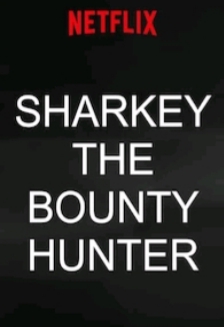 Title
Confirmed and upcoming movie titles only! Search before adding to avoid dupes.
Sharkey The Bounty Hunter
Year
The year the movie is set to be released.
2020
Genre
Pick one or multiple movie genres.
Description
The final of three feature films to be released as a part of Netflix's new partnership with Mark Millar, and Millarworld comics. The unpublished "Sharkey The Bounty Hunter" will be the first comic co-published by Netflix, & Millarworld. The screenplay is being adapted by Michael Bacall, and is reportedly about a bounty hunter who uses his rocket-powered ice cream truck to hunt criminals in his galaxy.
Where you watch
Downloads and Streams

Is there a Sharkey The Bounty Hunter torrent or stream available?
No, not yet.

When will Sharkey The Bounty Hunter officially be available?
As of now, there's no release date announced. This includes official services such as iTunes, Disney+, Blu-Ray or DVD release.