Mavoy   January 10, 2022
Add to list
Receive an email once the selected quality (or above) has been reported 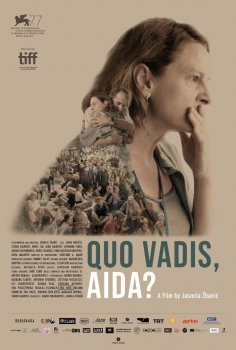 Title
Confirmed and upcoming movie titles only! Search before adding to avoid dupes.
Quo Vadis, Aida?
Year
The year the movie is set to be released.
2020
Director
Jasmila Żbanić
Genre
Pick one or multiple movie genres.
Drama
Cinema release
First cinema release date in any country.
March 05, 2021
Description
Dramatization of the events of the Srebrenica massacre, during which Serbian troops sent Bosniak men and boys to death in July 1995 led by Serbian convicted war criminal Ratko Mladić. Aida is a schoolteacher who works with the United Nations as a translator. Quo Vadis, Aida? was selected as the Bosnian entry for the Best International Feature Film at the 93rd Academy Awards, making the shortlist of fifteen films. On 15 March 2021, the film was officially recognized as one of five nominee in that category.