New Chefs on the Block 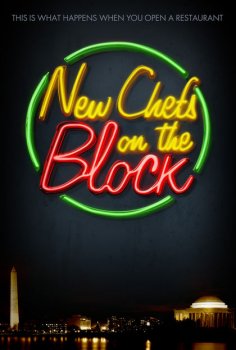 Title
Confirmed and upcoming movie titles only! Search before adding to avoid dupes.
New Chefs on the Block
Year
The year the movie is set to be released.
2018
Director
Dustin Harrison-Atlas
Genre
Pick one or multiple movie genres.
Documentary
Cinema release
First cinema release date in any country.
April 17, 2018
Description
The triumphant story of a struggling chef who opens their first restaurant. Struggling to find new customers, this unlikely man earned the award “Best New Restaurant in America” from Bon Appetit magazine.
Where you watch
Downloads and Streams

Is New Chefs on the Block available as a pirated stream or pirated download?
No, not yet.

When will New Chefs on the Block officially be available?
As of now, there's no release data announced. This includes official services such as iTunes, Disney+, Blu-Ray or DVD release.