Ramona Flowers   October 14, 2017
Add to list
Receive an email once the selected quality (or above) has been reported 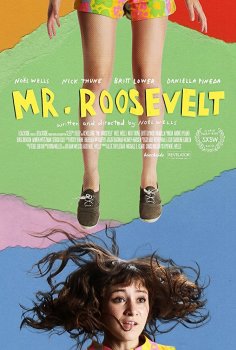 TITLE
Confirmed and upcoming movie titles only! Search before adding to avoid dupes.
Mr. Roosevelt
YEAR
The year the movie is set to be released.
2017
DIRECTOR
Noël Wells
GENRE
Pick one or multiple movie genres.
Comedy
CINEMA
First cinema release date in any country.
October 27, 2017
DESCRIPTION
You may know comedian Noël Wells from her lone season as a cast member on 'Saturday Night Live', but more likely from her co-starring role in the first season of Netflix's "Master of None". In her time off since stepping away from the two shows, Wells began taking roles in film over TV, and would soon sit in the Director's chair. "Mr. Roosevelt" is her debut feature film, which was also written by herself. The former YouTube personality stars as Emily Martin, a struggling actress in her mid-20's who leaves Los Angeles to return to a sick family member in Texas. Stuck staying in her old home with her ex-boyfriend (Nick Thune) and his partner (Britt Lower), Emily finds herself confronting her relationship choices with her closest friends present. Theatrical releases are planned for Texas, California, and New York before the end of the year.
WHERE YOU WATCH
Downloads and Streams