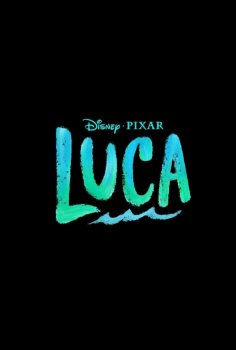 Title
Confirmed and upcoming movie titles only! Search before adding to avoid dupes.
Luca
Year
The year the movie is set to be released.
2021
Director
Enrico Casarosa
Genre
Pick one or multiple movie genres.
Animation
Cinema release
First cinema release date in any country.
June 18, 2021
Description
Disney Pixar have unveiled a new original film planned for a theatrical release in 2021, The plot is described as a coming-of-age tale about a young boy in Italy whose best friend is a sea monster. Tapped to direct is Enrico Casarosa, making his feature-length debut after directing the Academy award-nominated Pixar short "La Luna". He previously worked as a storyboard artist on Pixar classics "Up", and "Ratatouille", and contributed to the creative teams for "The Good Dinosaur", "Incredibles 2", and "Coco".

The voice actors have yet to be revealed.
Where you watch
Downloads and Streams

Is there a Luca torrent or stream available?
No, not yet.

When will Luca officially be available?
As of now, there's no release date announced. This includes official services such as iTunes, Disney+, Blu-Ray or DVD release.