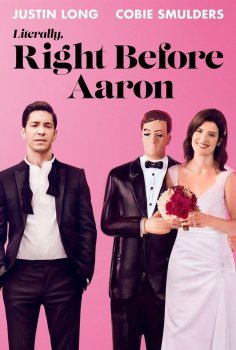 Title
Confirmed and upcoming movie titles only! Search before adding to avoid dupes.
Literally, Right Before Aaron
Year
The year the movie is set to be released.
2017
Director
Ryan Eggold
Genre
Pick one or multiple movie genres.
Cinema release
First cinema release date in any country.
September 29, 2017
Description
"Literally, Right Before Aaron" is the directorial debut from Ryan Eggold, the romantic comedy film is about Adam (Justin Long) who is invited to his ex-girlfriend's wedding. The film is set for a limited theatrical release on September 29th, 2017, featuring other actors such as Cobie Smulders, Ryan Hansen, John Cho, and Kristen Schaal.
Where you watch
Downloads and Streams