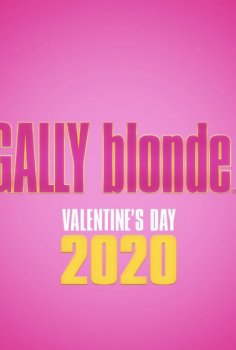 Title
Confirmed and upcoming movie titles only! Search before adding to avoid dupes.
Legally Blonde 3
Year
The year the movie is set to be released.
2020
Genre
Pick one or multiple movie genres.
Cinema release
First cinema release date in any country.
May 08, 2020
Description
Fans of Legally Blonde and Reese Witherspoon are finally getting their wish for long-awaited third film this year. Legally Blonde 3 is apparently a trilogy closer that many didn’t expect from MGM and Witherspoon.

It will have been 17 years since the last Legally Blonde film came out and now in 2020, fans of the movies have something to look forward to. Plot details are currently under wraps and it is also unconfirmed as to whether or not other members of the original cast will return for round three.

The first Legally Blonde movie covered Elle Woods’s run at a law school, while the second movie Legally Blonde 2: Red, White & Blonde was centered on her relocation to Washington DC to support the bill banning animal testing for cosmetics. The third installment will probably reveal her journey from a lobbyist into the White House. Expect a home download and stream in June.
Where you watch
Downloads and Streams

Is Legally Blonde 3 available as a pirated stream or pirated download?
No, not yet.

When will Legally Blonde 3 officially be available?
As of now, there's no release data announced. This includes official services such as iTunes, Disney+, Blu-Ray or DVD release.