Leave The World Behind

Mr. Meeseeks   July 31, 2020
Add to list
Receive an email once the selected quality (or above) has been reported 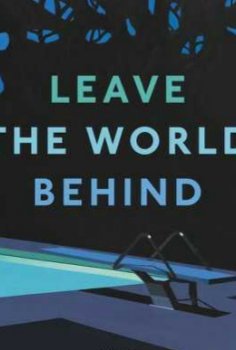 Title
Confirmed and upcoming movie titles only! Search before adding to avoid dupes.
Leave The World Behind
Year
The year the movie is set to be released.
2021
Director
Sam Esmail
Genre
Pick one or multiple movie genres.
Drama
Description
Netflix is set to adapt the upcoming Rumaan Alam novel "Leave The World Behind", with award-winning television director Sam Esmail (known for directing "Mr. Robot" and the first season of Amazon Prime's "Homecoming".) Julia Roberts and Denzel Washington have signed on to play the lead roles, both will be producing the film with Esmail. Depending on when production begins, we could see this by the end of next year.
Where you watch
Downloads and Streams

Is Leave The World Behind available as a pirated stream or pirated download?
No, not yet.

When will Leave The World Behind officially be available?
As of now, there's no release data announced. This includes official services such as iTunes, Disney+, Blu-Ray or DVD release.