Mr. Meeseeks   January 08, 2018
Add to list
Receive an email once the selected quality (or above) has been reported 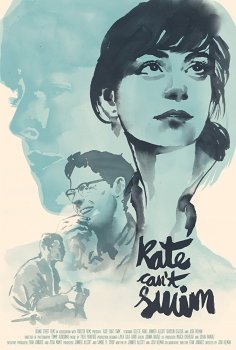 Title
Confirmed and upcoming movie titles only! Search before adding to avoid dupes.
Kate Can’t Swim
Year
The year the movie is set to be released.
2018
Director
Josh Helman
Genre
Pick one or multiple movie genres.
Cinema release
First cinema release date in any country.
January 23, 2018
Description
The independent film “Kate Can’t Swim” is the directorial debut from Australian actor Josh Helman. Celeste Arias stars in the titular role alongside Helman and Jennifer Alcott (who also co-wrote the script with Helman). When Kate’s best friend, Em, returns from a vacation in France, seeing her return with a new boyfriend makes her question the decisions she has made in recent years.
Where you watch
Downloads and Streams

Is there a Kate Can’t Swim torrent or stream available?
No, not yet.

When will Kate Can’t Swim officially be available?
As of now, there's no release date announced. This includes official services such as iTunes, Disney+, Blu-Ray or DVD release.