I Am Another You

Mojib   October 05, 2017
Add to list
Receive an email once the selected quality (or above) has been reported 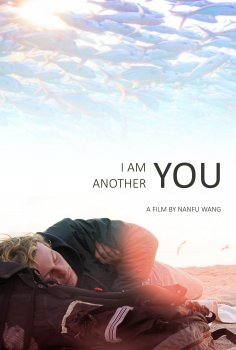 Title
Confirmed and upcoming movie titles only! Search before adding to avoid dupes.
I Am Another You
Year
The year the movie is set to be released.
2017
Director
Nanfu Wang
Genre
Pick one or multiple movie genres.
Description
“I Am Another You” is a movie that could almost have been conceived and designed to play at SXSW. It’s the second documentary directed by Nanfu Wang — though it was shot before her first, the guerrilla study of a Chinese dissident “Hooligan Sparrow” (2016) — and it’s a portrait of the kind of sun-dazed “rebel” street kid you perpetually see on the streets of a place like Austin, because he (or she) is drawn to its scruffy vibe of progressive tolerance.

Filmmaker Nanfu Wang grew up in poor circumstances in rural China and only recently immigrated to the United States. She obviously has talent to spare. Her debut feature, “Hooligan Sparrow,” was shortlisted for the Best Documentary Oscar. In “I Am Another You,” her luck begins with a chance encounter. As she explains in the film’s first minutes, in China one of the few freedoms she had was to travel, so she started a tradition of going to a place she’d never been before every year on her birthday. Living in New York, she decided to go to Florida, and it was in a hostel there that she met a charismatic 22-year-old named Dylan Olsen. As soon as they began talking, it seems, she began filming.

It’s unfair to reveal precisely where “I Am Another You” goes, but Ms. Wang delves further into Dylan’s past. If by the end she probably still puts too much trust in Dylan’s aphorisms, give her credit for recognizing the shortcomings of her footage and correcting course.
We know in our gut that his explanation is too easy, but Dylan, for a while, comes off as part of a noble tradition of romantic American drifter-outsider. When he talks about being alive to the moment, or discovering people and things that he couldn’t have if he were rooted, he sounds like a dreamy wanderer high on Kerouac, or maybe a moonstruck tramp riding the rails in the ’30s. More than that, he’s got decades of middle-class hipster cachet behind him.

The film’s second act begins two years later. In a startling transition, we are suddenly in a car with a Utah cop who’s looking at the camera and talking about his work habits, which include registering his thoughts by talking to a camera. It’s almost like we’ve landed in another movie until it’s revealed that the man is John Olsen, Dylan’s father.

He seems like a good guy, and at his home he talks to Wang about the difficulties he faced in trying to deal with Dylan’s troubled youth. After the boy broke the prohibition against bringing drugs into the house, he was forced to leave, and John describes how agonized he was putting Dylan on a bus to San Diego with $400. But after a while, he began to get messages and photos showing Dylan working on a yacht, sipping wine at someone’s house in Malibu, and so on: the beginnings of his life as a wayfaring, footloose adventurer with a dreamy smile.
Where you watch
Downloads and Streams

Is there a I Am Another You torrent or stream available?
No, not yet.

When will I Am Another You officially be available?
As of now, there's no release date announced. This includes official services such as iTunes, Disney+, Blu-Ray or DVD release.