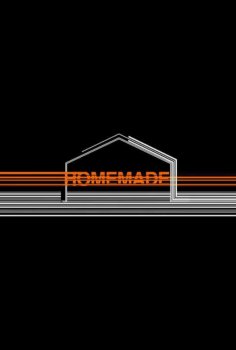 Title
Confirmed and upcoming movie titles only! Search before adding to avoid dupes.
Homemade
Year
The year the movie is set to be released.
2020
Genre
Pick one or multiple movie genres.
Anthology
Digital release
Official digital release date on services such as iTunes, Amazon, Netflix. It's the first known release date, without any country restriction. So if it's out on iTunes Russia first, this would be the digital release date.
June 30, 2020
Description
"Homemade" is an anthology film featuring short films directed by celebrities at their homes, covering a wide range of genres. Directors featured in this film include Kristen Stewart, Maggie Gyllenhaal, Peter Sarsgaard, Sebastian Lelio, Gurinder Chadha, Paolo Sorrentino, Rachel Morrison, Pablo Larrain, and Ana Lily Amirpour.
Where you watch
Downloads and Streams

Is Homemade available online?
No. It has yet to be reported as either a pirated torrent or pirated stream.

When will Homemade officially be available?
It's set for a June 30, 2020 release. Illegal downloads and streams will be reported on this page. Its official release through streaming services, such as Netflix, will also be reported. See details regarding any Blu-Ray and DVD release dates in the comment section.