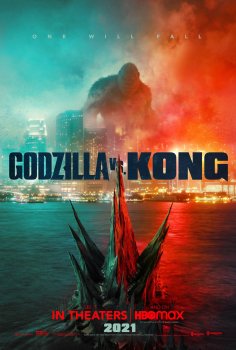 Title
Confirmed and upcoming movie titles only! Search before adding to avoid dupes.
Godzilla Vs. Kong
Year
The year the movie is set to be released.
2021
Director
Adam Wingard
Genre
Pick one or multiple movie genres.
Cinema release
First cinema release date in any country.
March 31, 2021
Digital release
Official digital release date on services such as iTunes, Amazon, Netflix. It's the first known release date, without any country restriction. So if it's out on iTunes Russia first, this would be the digital release date.
March 31, 2021
Description
On March 31th, 2021, a collision is set between two of Hollywood's most epic gargantuan monsters. Legendary Entertainment has created an entire cinematic universe to lead-in to this highly anticipated film, and currently no plans have been announced beyond their colossal fourth installment to the series. Adam Wingard will direct the film, famous for horror-flicks like 'You're Next', and 'Blair Witch'. The film will be released simultaneously in the theatres and on HBO Max.
Where you watch
Downloads and Streams

Is Godzilla Vs. Kong available online?
No. It has yet to be reported as either a pirated torrent or pirated stream.

When will Godzilla Vs. Kong officially be available?
It's set for a March 31, 2021 release. Illegal downloads, torrents and streams will be reported on this page. Its official release through streaming services, such as Netflix, will also be reported.