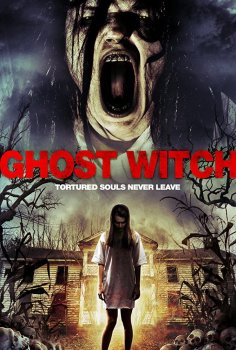 Title
Confirmed and upcoming movie titles only! Search before adding to avoid dupes.
Ghost Witch
Year
The year the movie is set to be released.
2017
Director
Joseph Lavender
Genre
Pick one or multiple movie genres.
Horror
Cinema release
First cinema release date in any country.
September 12, 2017
Description
Joseph Lavender's "Ghost Witch" is about a team of paranormal investigators who are a hired by a woman to stay in a haunted house where numerous supernatural attacks have happened, including against her. The cast includes Mandi Christine Kerr, Gregory French, Josh Sinyard, Christina Pykles, and Jessie Bockenek.
Where you watch
Downloads and Streams