Ramona Flowers   September 25, 2017
Add to list
Receive an email once the selected quality (or above) has been reported 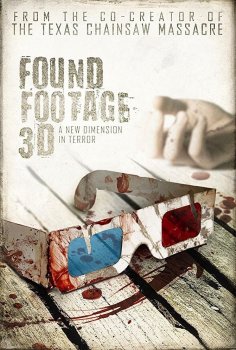 Title
Confirmed and upcoming movie titles only! Search before adding to avoid dupes.
Found Footage 3D
Year
The year the movie is set to be released.
2017
Director
Steven DeGennaro
Genre
Pick one or multiple movie genres.
Horror
Cinema release
First cinema release date in any country.
October 26, 2017
Description
Steven DeGennaro's 3D horror film "Found Footage 3D", is about a group of ambitious filmmakers who set out to make their own 3D found footage horror film, but accidentally find themselves stuck in the movie they're making. DeGennaro is famously known as the co-creator of 'The Texas Chainsaw Massacre'.
Where you watch
Downloads and Streams