Earwig and the Witch

Juanco   June 04, 2020
Add to list
Receive an email once the selected quality (or above) has been reported 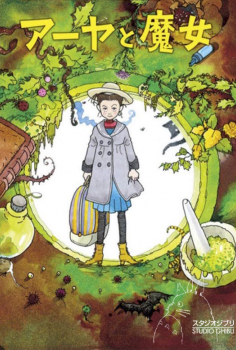 Title
Confirmed and upcoming movie titles only! Search before adding to avoid dupes.
Earwig and the Witch
Year
The year the movie is set to be released.
2020
Director
Goro Miyazaki
Genre
Pick one or multiple movie genres.
Animation
Description
Earwig and the Witch, or "Aya to Majo". Adapted from Diana Wynne Jones' novel of the same name, it will be Studio Ghibli's first computer-animated feature film, directed by Goro Miyazaki, supervised by Hayao Miyazaki and produced by Toshio Suzuki. It will premiere at NHK in 2020 and at Cannes in 2021.
Since it's going to air on Japanese TV, we're likely to see the original Japanese version on torrent and unofficial streaming sites, with english subs, by the end of the year. If we don't get official subs, we're likely to get custom or fan subs. And then we'll have to wait for an english dubbed version.
Where you watch
Downloads and Streams

Is Earwig and the Witch available as a pirated stream or pirated download?
No, not yet.

When will Earwig and the Witch officially be available?
As of now, there's no release data announced. This includes official services such as iTunes, Disney+, Blu-Ray or DVD release.