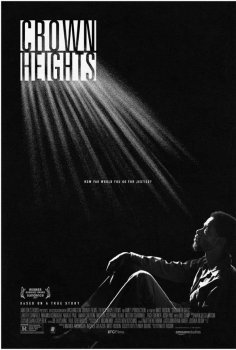 Title
Confirmed and upcoming movie titles only! Search before adding to avoid dupes.
Crown Heights
Year
The year the movie is set to be released.
2017
Director
Matt Ruskin
Genre
Pick one or multiple movie genres.
Drama
Cinema release
First cinema release date in any country.
August 18, 2017
Description
The second feature film from Matt Ruskin, "Crown Heights", was released on August 18th, 2017. It tells the true story of Colin Warner, portrayed by Lakeith Stanfield, a teenage immigrant who is wrongfully convicted of murder. Former american football player Nnamdi Asomugha plays the role of Carl King, Warner's friend who teaches himself how to practice law in order to prove Colin's innocence.
Where you watch
Downloads and Streams