Mojib   December 08, 2017
Add to list
Receive an email once the selected quality (or above) has been reported 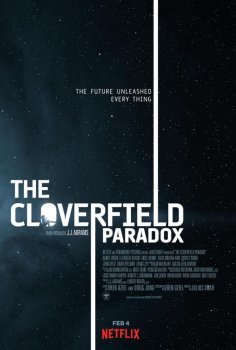 Title
Confirmed and upcoming movie titles only! Search before adding to avoid dupes.
The Cloverfield Paradox
Year
The year the movie is set to be released.
2018
Director
Julius Onah
Genre
Pick one or multiple movie genres.
Cinema release
First cinema release date in any country.
April 20, 2017
Description
Third movie in the Cloverfield series, produced by JJ Abrams. This time the story centers around a team of astronauts searching for something called the God Particle. And guess what, it goes horribly wrong. So wrong that earth totally vanishes and the team find themselves desperate for help. And suddenly another space craft happens to fly by. Just how the movie is connected to the Cloverfield franchise is unclear, but our best guess is that the outbreak is happening on earth while the astronauts are hovering in space.

The movie stars the german actor Daniel Brühl and Elizabeth Debicki. It's directed by a guy called Julius Onah who previously directed a movie called The Girl is In Trouble which received mixed reviews.
As with the other Cloverfield movies, this is one of the most anticipated cinema and downloads of 2018. It was also renamed and surprised-released as The Cloverfield Paradox.
Where you watch
Downloads and Streams